Getting Started with Chef

Chef is a configuration management system designed to allow you to automate and control vast numbers of computer in an automated, reliable and scalable manner. In this post we will walk through how to create Chef cookbook. Chef allows to programmatically provision and configure components of you Infrastructure in a consistent way. Chef provides framework for automating your infrastructure. It allows to treat infrastructure as any other code base; Using Version Control we can reconstruct business from code repository, data backup and compute resources.

Chef helps in managing complexity to: 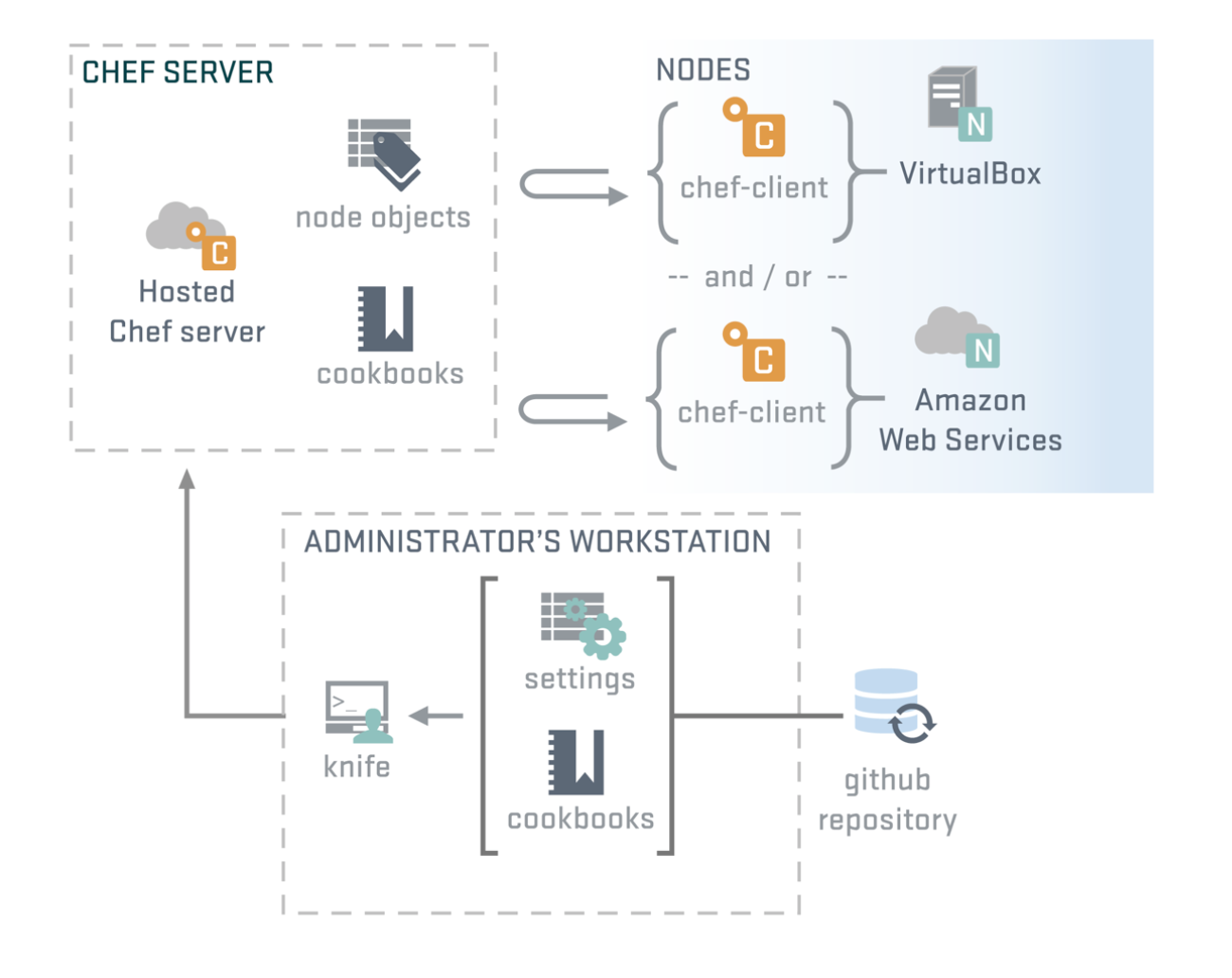 Chef search allows to search for nodes with roles or other attributes. It helps to find network topology.

Cookbooks are the configuration units that allow us to configure and perform specific task within Chef. Typically it maps to 1:1 mapping to a piece of software or functionality. Cookbooks are created on the workstation and uploaded to Chef Server.

Getting Started with Chef

Recipes are configuration files that describe resources and their desired states. Recipes can install and configure software components, manage files, deploy applications, execute other. A cookbook can contain more than one recipes, or depends on outside recipes.

Resources are gathered into recipes.

Nodes are the objects that you manage with Chef

Chef server stores node object data. You can also add data to the node through attributes in cookbooks, roles, directly on a node etc.

Roles allow you to conveniently encapsulate the run lists and attributes required for a server to “be” what you already think it is.